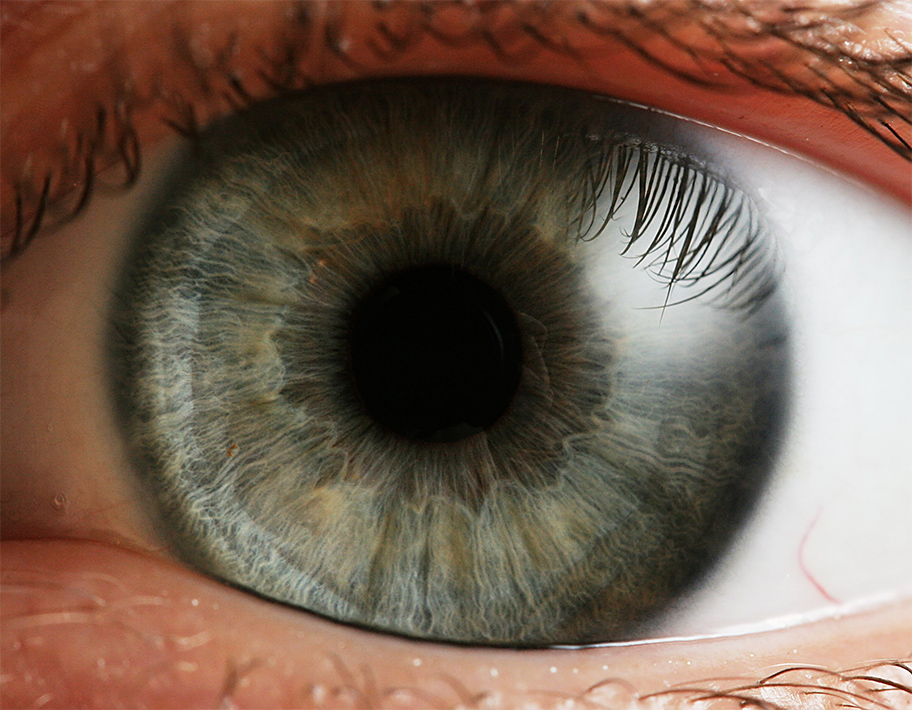 Most of us spend an increasing portion of our waking days looking at a screen of some kind. Smartphones greet our groggy eyes with alarms first thing in the morning, which is inevitably followed by fumbling through messages and social feeds—after a snooze or two, of course. From there, we’re off to work or school, a lot of which can be spent staring at a notebook or desktop. When we get home, our evenings are filled with Netflix, YouTube, and games played on a wide variety of LCDs, from big-screen televisions to PC monitors to tablet displays.

It’s no wonder. Digital screens channel our creativity and productivity, let us communicate face-to-face across the globe, and are veritable fountains of information and entertainment. But we have to be careful with them, because extended use can cause eye strain and body pain. Depending on the time of day, LCDs can even disrupt sleep patterns.

We’re constantly in front of screens here at ASUS, so we’re keenly aware of the potential side effects. That’s why our latest PC gaming monitors employ a collection of features to help you see targets more clearly, sit more comfortably during marathon battles, and sleep more easily after late-night adventures.

Multiple aspects of modern display technology cause eye strain, so we have multiple solutions, starting with the surface of the screen itself. Most monitors use smooth, glossy coatings that reflect ambient light toward your eyes. In brighter environments, these extra photons manifest as glare and unwanted reflections that make it difficult to focus on what’s on the screen, leading to fatigue. The panels in our MG- and PG-series gaming monitors combat this problem with rougher, matte coatings that dissipate ambient light rather than bouncing it back at you. This surface treatment cuts out glare and reflections to let the contents of the screen shine through, making it easier to concentrate on what you want to see.

While matte coatings reduce eye strain from reflected environmental light, there’s also the light coming out of the screen itself. Displays commonly use pulse-width modulation (PWM) circuitry to control the backlight. That’s fine when the brightness is turned all the way up, which illuminates the backlight constantly. However, PWM circuitry achieves lower brightness levels by rapidly turning the backlight on and off—the longer it’s off, the dimmer the display looks. This high-speed flashing forces your pupils to react constantly, which can lead to eye strain, fatigue, and even headaches.

Most people run their monitors at less than full brightness, making flicker a far-reaching concern. And the problem has actually gotten worse with the transition to LED backlights. Older CCFLs continue to emit light in the moments immediately after they’re turned off, an attribute that can mute the transition between states. LEDs go dark almost instantly, resulting in starker transitions that can increase perceived flicker.

Among the increasing number of ASUS monitors that eliminate flicker, some use DC circuitry that illuminates the backlight constantly and varies brightness by adjusting the current flowing to the LEDs. Others, like our ROG Swift series, use a special backlight control mechanism whose inner workings we’re keeping under wraps. But it works, and you don’t have to take our word for it. TÜV Rheinland, the world’s leading authority on display testing, has certified our ROG Swift monitors as flicker-free. That certification extends to nearly 30 ASUS monitors, including our MG-series FreeSync displays.

Myriad ASUS monitors have also received TÜV Rheinland certification for low blue light emissions. This endorsement relates to the specific wavelengths of light beamed from the display into your eyes. Research cited by Review of Optometry, a publication for professionals in the eyesight field, has shown that accumulated exposure to high-energy blue light in the visible spectrum can damage cells in the retina and even kill them over time. Otherwise known as HEV blue light, this portion of the spectrum can cause discomfort and potentially lead to macular degeneration, a condition that impairs vision in the center your field of view.

To protect your vision, we filter harmful emissions before they exit the display. Our latest gaming monitors, in addition to other models, offer four filter levels that block up to 70% of HEV blue light. The graph below shows how each one affects the energy output in the visible spectrum compared to the default level 0 configuration, which disables the filter.

Level 1 cuts blue light output by about 20%, followed by gradual steps up to the maximum. Even the least aggressive filter changes the color temperature, producing a more reddish picture. This effect is an unavoidable consequence of filtering a portion of the visible spectrum. Heavier filters also produce a darker picture overall, as evidenced by the lower output across the rest of the spectrum shown in the graph.

Because of its visible impact, blue light filtering should be applied judiciously. Heavier levels are best suited to dimmer environments and long hours with documents, whether you’re reading or writing them. Lighter levels can be used to take the edge off in a wider variety of scenarios. The OSD navigation joystick on our G-Sync and FreeSync displays makes switching between levels especially easy, letting you quickly switch filter levels to match your taste or task.

Blue light can also disrupt sleep patterns. Studies have shown that exposure can suppress the body’s melatonin production, which alters the circadian rhythms that dictate our sleep schedule. In a Swiss study, subjects reported that blocking the blue light emitted by screens made them feel sleepier later in the evening. If you find it difficult to fall asleep after a late night in front of your monitor, using our blue light filter may save you from having to count too many sheep. Too bad it can’t persuade you to go to bed instead of staying up to play one more round, level, or mission that inevitably leads to one more… and another after that.

Although much of our efforts are devoted to addressing how monitors affect your eyes, we’re also mindful of the rest of your body. Sitting in front of a computer for prolonged periods can lead to back, neck, and shoulder pain if you’re slouching, hunched over, or otherwise in an incorrect ergonomic position. Experts recommend situating the monitor at arm’s length, with the top third of the display level with your eyes. The screen should also be tilted back slightly, so you’re viewing it at a downward angle.

To help you achieve the perfect ergonomic position, our MG- and PG-series gaming monitors have fully adjustable stands. The height and tilt can easily be tweaked to suit your workstation or battlestation, letting you work and play more comfortably. It’s trivial to make quick adjustments to tailor the monitor’s position for different users, as well.

Our latest gaming monitors also swivel, making it easier to share the screen with others, and they’re capable of rotating to a portrait orientation, which requires less scrolling when dealing with longer documents and web pages. Minimizing scrolling can alleviate shoulder pain by reducing how frequently you reach for the mouse, a lateral movement that can lead to repetitive strain injuries.

If you want to use a third-party monitor arm, we’ve still got you covered. Our latest gaming displays can be separated from their stands and mounted to VESA-compatible brackets, opening the door to all kinds of configurations.

While ASUS monitors incorporate many features to reduce eye strain and improve comfort, you should also develop good personal habits. To minimize eye strain, follow the 20-20-20 rule, which recommends diverting your eyes from the screen every 20 minutes to focus on an object 20 feet away for 20 seconds. You should also avoid sitting continuously—take breaks to stand up, stretch, and walk around. Those exercises are easy to incorporate into your routine, whether they’re squeezed between sending emails or waiting for the next level to load.