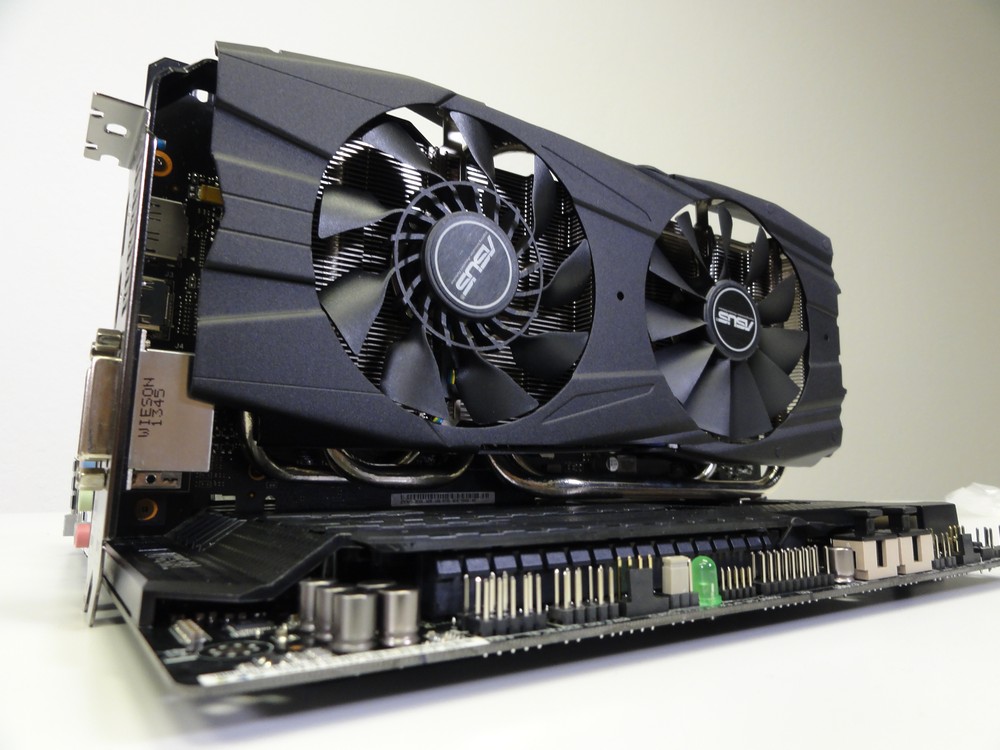 Another week and another preview, it has been busy as of late… actually it is always buys here at the PCDIY labs. Flashback to approximately 1 month ago,  NVIDIA launched a 28nm beast  based on the GK110 called the GTX 780 Ti. Since its debut, I have been inundated from inquiries from social media and all corners of the internet on if or when ASUS would release a non-reference card. Just like last weeks preview of the ASUS R9 290X DirectCU II, I am going to wet your whistle with some details as well as some photos. So let’s kick off this preview!

ASUS graphics team is always excited when it comes to new GPUs. There are few things more exciting than taking a top shelf performing product and reinterpreting the design as well as tweaking and tuning it to offer performance that improves on that of the original. For those of you that have not read up on the GTX 780 Ti, it is a no compromise, ultra high-end GPU designed for maximum image quality at HD, QHD and UHD resolutions. This card truly powers through polygons providing an impressive and immersive gameplay experience. So how do you take such an awesome performing GPU and make it better? Simple. You make it faster, cooler and quieter. In addition, you sprinkle in some ASUS design magic and offer improved power components, dust proof fans and even some new aesthetic touches like replaceable metal strips that allow you to change the accent colors of the black heatsink shroud. As always, you can expect the quality to be top-notch while retaining the hallmarks of cool and quiet operation, great build quality and overall attention to detail.

The ASUS GTX 780 Ti DirectCU II will of course feature all the same cutting edge specifications and technology support present on the current reference GTX 780 Ti, but will be improved upon helping to assure non-reference also means superior than reference. This is no easy task as NVIDIA’s design team continues to offer up impressive reference designs that do their job well and provide a balance of solid acoustics and reasonable temperatures under load. For this GPU, this feat is all that more impressive considering its performance. Credit goes equally to the design team of the GPU and heatsink and fan assembly as well as that of the team that developed the Kepler architecture and GPU BOOST 2.0. “GeForce GTX 780 Ti’s lower thermal density translates directly into better cooling, quieter acoustics, and higher clock speeds, thus allowing the GTX 780 Ti GPU to deliver better performance”. The GTX 780Ti is a powerhouse and features no less than 7.1 billion transistors and 2,880 CUDA Cores 25% more than the powerhouse that is the GTX 780. In addition the GTX 780Ti brings 7GHz GDDR5 to its 3GB of VRAM offering the not only the fastest video memory currently available but upwards of 330GB/sec of bandwidth. This really helps to usher in another level of fluidity when playing games at QHD and UHD resolutions. All things considered you can begin to see how this fully enabled GK110 GPU brings gameplay and performance to an entirely other level.

As you can see, the card features classic DirectCU II design with an aggressive but clean red and black styling. Featuring a metal shroud and an advanced heatsink and dual fan assembly the GTX 780 Ti DirectCU II is a prime candidate to be paired with any of the similarly styled ROG motherboards. In addition with the new pure black base, it compliments a range of other boards like our TUF-series. Users who have adopted our newest range of boards sporting anodized gold heatsinks are also welcome aboard. Inlcuded in the accessories the card comes included with 2 sets of metal strips with adhesive that you can use to customize and personalize the look of the card.

For those of you interested in checking out some additional shots feel free to check out the gallery below.

While looks are always an aspect of high end non reference design, features and functionality are just as important. Some of the key features of the ASUS GeForce GTX 780 Ti DirectCU II are noted below.

So that wraps up our preview. Make sure to check back soon for a more in-depth look including performance and overclocking on the ASUS GeForce GTX 780 Ti DirectCU II. With that I will leave you with a teaser of some of the performance numbers the ASUS GTX 780 Ti DirectCU II is capable of. With making this into a review as a preview those are some pretty great numbers considering the reference GTX 780Ti hits approx 82 to 83c under load at stock! If you are waiting for this beast of a card you will need to wait until around the middle of *January. As for the projected MSRP you are looking at *$699, price awesome price considering reference cards are currently * going for the same price.

*Pricing and availability is subject to change.

Temperatures under load when overclocked – 72c