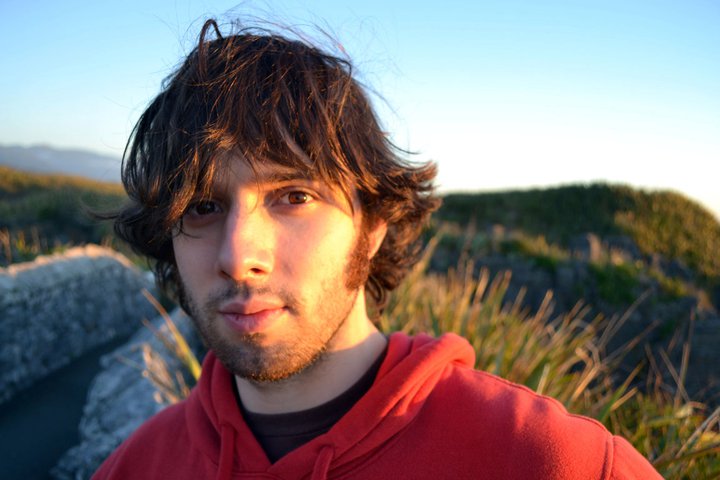 I build computer cases in the shape of characters from iconic games of the past that shaped my childhood. I use wooden cubes to achieve a 3-D pixelated look, making the computer cases look like they’ve come right out of the classic games that inspired them.

Hi, I’m Richard Clinton. I am a stationary engineer; I make steam at a plant to send the steam to a nearby college to heat it. When I’m not working, I’m either gaming or envisioning what my next PC mod is going to be.

I grew up in a poor family so we were never able to afford a PC. Like most families, we had some issues. As a kid video games were my outlet, my babysitter, my distraction from family problems, my door to another realm. When I didn’t know what to do in my world, I relied on video games to take me to a new one.

I have my grandma to thank for my early gaming experiences. My family would have never been able to afford a video game system, but my grandma was sure to make our holidays awesome. I still remember her bringing down the SNES on one Christmas morning. My siblings and I were ecstatic. Shifts were implemented for game time, so we each could have a turn. I sunk so much time into Mario, Zelda, Final Fantasy, and many other classics.

When I got a little older I used the PS2 to play my first online shooter. Getting into an online FPS or a MMORPG was something I craved since I was 14. I heard about Ever Quest, a game of exploring game worlds with others. I didn’t own a PC though so it was always out of my reach; I would not be able to quench my thirst to explore video game worlds with other gamers. But then FFXI came out on PS2. So the 15 year old me got a job, bought FFXI, and paid for broadband internet connection for my PS2.

Finally, at 18, I saved up enough money to get my own PC. I foolishly bought a pre-built PC at a store. You can imagine my disappointment when trying to run Battlefield 2 and waiting ten minutes for a map to load. In my frustration, I began researching how to build my own PC. I ordered the parts after intense research of each component and the best bang for the buck value I could get. I was genuinely happy with myself for accomplishing this feat of building a PC from scratch, but I soon needed more power. I became a PC enthusiast in a very short time span. I was looking for better parts, overclocking my equipment, and reading tips on PC modding forums for small fps increases.

One day I came across some 8-bit art of a Black Mage from Final Fantasy. Somewhere in my mind I thought “I can make that 3-D and build a PC into it”. No one understood what I wanted to do when I tried to explain this crazy mod to them. The only way was to make it. This was the point I ventured into modding and delving a little deeper in the PC enthusiast hobbies.

I want to say that anyone can be a modder. It’s having the desire and determination to figure out what you want to accomplish. That is all. When I got into PCs and seen a few mods I was dumbfounded and in awe of what these people were capable of doing in their home. I didn’t understand how they could put these masterful pieces of art together and have a fully functional PC inside. The quality of other modders actually started to push me away from trying to make a mod of my own. I could never make something that articulate, that attentive to detail and frankly, that professional look that these guys were doing on their mods. I didn’t have access to any of the tools they use. How could I even dream of making something that didn’t look like junk in comparison?

5 years, 5 case modes, and thousands of wooden cubes later here I am. The characters and games I’ve chosen to design my mods from are meaningful games of my youth. I may start to venture into more current games that I enjoy, but should I run out of material, I’ll always have something to draw upon from the old classics of my youth.

If you would like to see more of my work you can find me here: