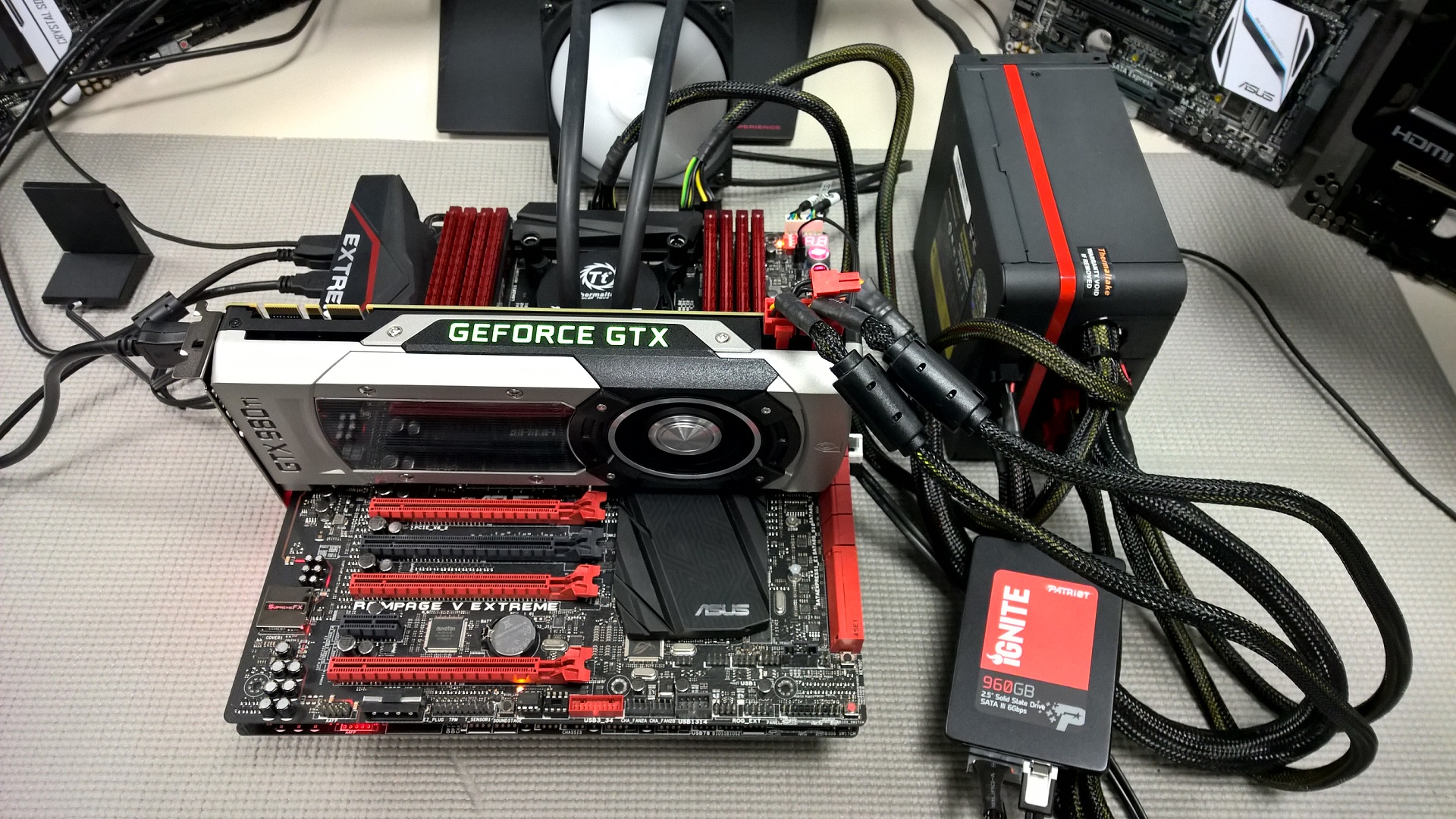 Here in the PCDIY labs there are few things that get us excited like a flagship graphics card. These cards offer up the performance that readily affirms the position of the PC as the ultimate platform for modern gaming. Over the last couple few years there have been a slew of new display technologies and game engines that have push the envelope in PC gaming. Everything from high refresh rate gaming to 3D to spanned multi monitor resolutions and even VR. All of this along with continued increases in the resolutions PC gamers are playing at has pushed the demand for more powerful graphics cards. The new GTX 980 Ti is purpose-built for the sole purpose to enable ultra high image quality settings with HD to UHD resolutions and provide a fluid, responsive and immersive gaming experience. I can say in the short time I have spent with this card this is the best single GPU even offering up essentially the same performance as the TITAN X but at a price between 350 to 400 dollars less.

The card we are taking a look at today is a reference edition card. This means that the card in its entirety is designed and developed by NVIDIA including the PCB, VRM and thermal solution. This is different from the non reference design you traditionally see of ASUS graphics cards. ASUS will be releasing a non reference design but as it is using a new PCB and VRM design as well as a brand new heatsink and fan assembly it is still a little while away. In the meantime the reference design will offer up truly impressive performance with ultra to max quality settings while offer solid temperature performance and solid acoustics.

The GeFroce GTX 980 Ti is based on the GM200 GPU. The GM200 features 22 SM units and has 2816 CUDA cores. It also features 176 texture units, when compared to the GTX 980 which already offered up impressive HD and QHD resolution performance it offers an improvement of 38% when comparing the CUDA cores and texture units.

Overall you can see the GTX 980 Ti is truly a flagship GPU offering up just about every single type of gaming oriented function or feature you could want. The card has been built with the hardware specifications to truly offer the highest class of FPS performance , low frame latency and optimally support the latest generation game engines. The continued improvements made to the memory architecture additionally allow for great performance and efficiency when it comes utilization to the memory and its sub systems. Some key improvements carried over from other Maxwell based GPUs are

Here are some photos for the ASUS GTX 980 Ti.

While I prefer the superior performance especially cooler and quieter operation of the non reference design there is no denying this is a great looking card. Additionally the solid and evenly balanced construction of the card yields little to no sag, the blower design also helps to expel a solid amount of heat externally. The only aesthetic item that would have been nice to see if a backplate. More importantly the overall relatively compact length and vertical profile of the card make it ideal for all kinds of builds whether it be high performance mini ITX system, mATX systems or the highest performance large ATX based systems.

Here at PCDIY we love getting hands on with hardware. Getting the chance to put it through it paces whether it be testing performance or gameplay experience or evaluating the features, function or the design it is the best way to get a true sense of the product. This being NVIDIA’s fastest GPU along with the TITAN X meant we definitely put in through its paces. First up we want to evaluate it general operating performance under gaming load. This helps us to know what the cards operating values will run at in the real world.

Essentially silent the card when operating in 2D mode was extremely quiet overall providing a great experience whether watching YouTube, Netflix or reading a website.

For load testing we enable 1s tracking within GPU TWEAK to allow it to report the most accurate and consistent information in regards to the GPU temperature. We run the card with a consistent load for a min of 2 hours at settings noted below.

Overall under load the thermal performance was pretty much right where we expected. Fully taking advantage of the thermal solution the GTX 980Ti under load produces around 80 to 83c under full consistent gaming load. Keep in mind this with no breaks and consistent loading. In many games you have considerable reduction in load due to less being on screen, loading periods amore basic 3D engines and much more. As such you may see considerably lower temperature under moderate gaming loads

This is pretty impressive considering the defined GPU BOOST clock is 1075. You are seeing approx 100 MHz additional boosting automatically. Just as important due to the efficiency of the Maxwell architecture and the solid temperature performance this increase BOOST clock is consistent. Equally as important the utilization of the power target is a consistently less than 100%. This means there is additional headroom which is needed should you attempt overclocking.

Below you can see a snippet of the log file produced by GPU TWEAK. You can see the row which shows 1177 is the GPU BOOST clock and the last row is the power target for the card.

Overall it is clearly audible but once installed in a chassi the tonality is reasonable and along with other fans will probably be lightly to somewhat audible. Based on our testing it was in the 40 dB range. All things considered the cooling solution ensures reliable operation for a graphics card that in effect is operating overclocked and has 8 billion transistors.

This is easily the biggest point to by a GTX 980Ti it is offer up the same performance essentially as the GTX TITAN at a price point that is approx 350 dollars less that is huge in regards to value. While we had limited time to put the card through a gamut of gaming at different resolutions we did have time to run through performance numbers generally at 2560 x 1440. For the majority of users buying this card this is the resolution they will be playing at. 4K is also playable especially when leveraging NVIDIA’s excellent GeForce Experience which easily allows you to adjust all performance and image quality settings for the game via a one click system. More importantly NVIDIA has implemented a slider scale allow the user to customize the optimization prioritizing performance or visual quality.

In our testing which utilize the PG278Q ( ROG SWIFT monitor ) it is also important to note this is the perfect GPU for using with a G-SYNC display. This throws out having to worry about the vary frame rate in even the most demanding titles. Overall you get to enjoy ultra high to max settings experiencing not only the most visually impressive aspect of the games you are playing but at fast, fluid and tear free gaming experience with superior motion clarity.

Reinforcing the impressive performance is the chart below from a run of Metro Last Light. This game features one of the most advanced engines produced and has been extremely taxing on graphics cards especially when maxed out settings wise. Here we have a run with all settings maxed. This was pretty much the first time I have seen a card be able to reach 60 FPS overall avg. Impressive is the only word I have for that. Considering that the card has room in the tank when it comes to overclocking not only for the GPU but for the memory and when non reference cards like the STRIX GTX 980Ti are released they will offer even higher performance this is the new standard in PC gaming.

Additionally with NVIDIA commitment to consistent improvements in performance through driver releases as well as the upcoming performance improvements we will see with DX12 and Windows 10 this is an investment I see paying dividends for sometime. A big invest but a big return.