Although DIY desktops have advanced and evolved at a relentless pace in the decades since the standard’s inception, they are in some ways exactly the same. The components still connect with wires and slots and screws, and they’re still closed off in a chassis that serves largely as an independent shell and scaffolding.

We can do better.

The technology exists to make PCs more modular, easier to build, and more tightly integrated than ever before. We know this because the designers and engineers in our Republic of Gamers division have developed a working prototype showcasing the possibilities. Dubbed Avalon, this proof of concept debuted at our ROG press conference kicking off Computex 2016. It explores a new path forward for do-it-yourself gaming machines and PCs as a whole.

PCs have consolidated considerably in recent years thanks to silicon-level advances that brought more power and functionality to the CPU and chipset. Most people can get by without any add-in cards at all, and gamers typically need only one: a powerful discrete graphics card. That’s why the Mini-ITX form factor has become so popular; it delivers those core components in a much smaller footprint than traditional desktops.

While Mini-ITX helps PCs squeeze into tighter spaces, it’s still bound by the same basic principles as larger form factors. One of those is that the motherboard is separate from the chassis, a reality born from the fact that case makers usually don’t manufacture motherboards—and vice versa. ASUS does both, which enables new levels of integration that can make PCs easier to assemble and less expensive to build.

The brainchild of Jonathan Chu, the Avalon concept takes a notebook-like approach to desktop design. The motherboard is designed in conjunction with the chassis to enable more seamless cooperation between the two. That’s not to say that boards have to be inexorably tied to specific cases, just that closer collaboration creates interesting opportunities.

Take something as simple as front-panel I/O, for example. Connecting a case’s buttons, LEDs, and front-facing ports to a motherboard is usually a tedious process involving a handful of wires. In the Avalon concept, the motherboard extends right to the front of the case, which has openings to access ports located on the edge of the board. This arrangement brings buttons and diagnostic LEDs to the front of the chassis, too.

The rear I/O is completely modular on the Avalon concept. Instead of being housed on the motherboard, it lives on a separate piece that slides into the back of the case. A single motherboard can be combined with different I/O modules to serve different missions. VR rigs require additional USB ports to connect headsets and controllers, workstations often need faster networking and redundant ports, and home-theater PCs can benefit from upgraded audio.

The I/O modules plug into the motherboard via edge connectors capable of passing high-speed PCI Express lanes. This allows them to host the controllers associated with the ports and add even extra flourishes like an M.2 slot for mini SSDs. There’s also considerable potential for audio. Limited board real estate is one of the biggest constraints facing motherboard audio, but relocating the circuitry to an I/O module provides more room for components that improve sound quality.

Edge connectors appear throughout the Avalon concept. We tried to eliminate as many cables as possible to make assembly less intimidating for first-time builders and more convenient for seasoned veterans. Even hardcore enthusiasts should appreciate the reduced clutter and easier component swaps that edge connectors allow. The connectors are also cheaper to implement than conventional wiring, which is a nice bonus for us and our customers.

The cable-free focus extends to the power supply, which slides into the back of the chassis to mate with an edge connector inspired by server PSUs. Gamers and enthusiasts have a proud tradition of adopting server-class hardware for desktop use, and the Avalon concept honors it. The prototype’s PSU is a 600W unit based on the SFX form factor. All the power is fed to the motherboard, which then distributes to the rest of the system.

With sufficient power at its disposal, the motherboard can provide connectors for hot-swap storage bays that make drive installation a breeze. SSDs and hard drives slide right into the front of the Avalon concept. They connect to a daughter card inside that routes power and signal lines to the motherboard. The prototype supports up to four 2.5” drives in addition to the M.2 slot on the main motherboard—and the optional one in the modular I/O bay.

High-end graphics card draw a lot of power from auxiliary cables, and we weren’t able to banish those from this initial concept. The graphics card itself needs to be reworked to draw additional power from an edge connector.

The current chassis puts the graphics card in a separate compartment with access to ample airflow through vents in the side panel. The GPU is easily the hottest component in modern gaming machines, so we paid particular attention to keeping it cool. We also made it easy to access the card without disturbing the rest of the system, a nod to the fact that gamers update their graphics cards more frequently than other hardware.

To simplify CPU installation, the motherboard comes with its own backplate attached. Although not pictured in the board shots we have, this integrated piece has threaded holes that let you screw heatsinks and liquid coolers directly into the board. The idea isn’t a new one—plenty of aftermarket coolers and even Intel’s LGA 2011 socket employ a similar approach—but we think it should be more widely used. With the right spacers and screws, our backplate can even work with some existing coolers.

Unlike the purely aspirational concepts often see in the tech industry, this prototype is a working system built on existing technologies that are viable to put into mass production. That said, it’s by no means a finished product. The design is still subject to change, and the core tenets allow for flexible interpretations with different shapes, sizes, and capabilities. One of the benefits of the modular approach is that it allows more variation with a smaller collection of components.

Our goal with the Avalon concept was to create something that’s right on the edge of what’s possible. Now that we’ve made, we want to see what our industry partners and the community at large thinks about this direction of DIY PCs. 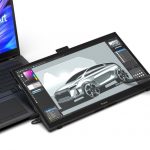 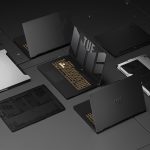