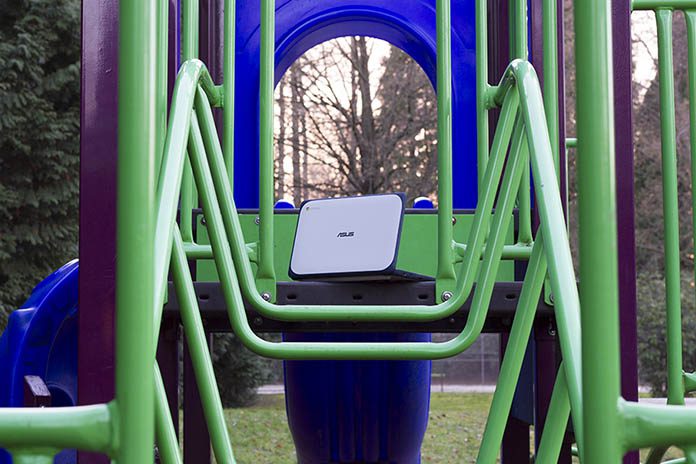 Chromebooks are a natural fit for schools. Entire classrooms can be outfitted with capable computers at a relatively low cost, and Chrome OS offers a secure environment that’s easy to manage at scale. It’s no wonder Chromebooks are becoming more popular in K-12 schools.

But not just any Chromebook will do. Children are one of the most destructive forces on Earth, so Chromebooks for schools have to be tough enough to withstand daily abuse. Because occasional damage is inevitable, they also have to be easy to repair. These considerations drove the development of the education-oriented ASUS C202 Chromebook. We beefed up the chassis to survive the rigors of the classroom, and the entire system can be disassembled for repair in less than 10 minutes.

One of the first things you’ll notice about the C202 Chromebook is how solid it feels. The body is sturdy, with minimal flex and plenty of padding. Thick rubber bumpers are nano-bonded to the corners and edges to absorb impacts, putting the C202’s drop tolerance at the head of the class. It can survive falls up to 120 cm when dropped on the bottom and up to 80 cm on multiple sides.

While the ability to bounce back from a tumble is important, it’s even better to avoid accidents in the first place. The C202 has a textured exterior to provide a sure grip, minimizing the chances of it slipping through your fingers. There’s also a raised rubber rest on the bottom that makes it easier for smaller hands to grasp and carry the machine securely.

Despite being surrounded by an armored exterior, the internals are readily accessible. Phillips screws hold everything together, allowing a complete teardown with a single, standard screwdriver. The only other thing you’ll need is a prying tool, a common requirement for disassembling modern electronics devices. If one isn’t available, a thin ruler will do.

Surgery starts with the removal of 10 screws from the bottom panel. Two of them are hiding under removable plugs in the raised rubber rest. Once the screws are out, you flip the chassis right side up and open the lid to expose the keyboard, touchpad, and palm rest. Those three pop off as a single piece—just run the prying tool around the perimeter of the main body to separate the input module.

The keyboard is backed by a metal plate and Mylar sheet that prevent liquids from leaking into the internals. This spill-resistant design can handle up to 66 ml of liquid, a little more than half a juice box, so it’s OK if schoolwork overlaps with snack time. Cleaning up after a spill is as simple as flipping the C202 Chromebook upside down to and letting the keyboard drain. You can wipe the exterior clean after that.

In addition to protecting the underlying hardware, the metal plate offers a stiff foundation for the keyboard itself. Combined with the best-in-class two millimeters of key travel, this reinforcement makes typing feel solid and precise, without the vague mushiness that often plagues the keyboard on inexpensive notebooks. Students can type with speed and confidence.

Disconnecting the ribbons for the keyboard and touchpad detaches the input module completely from the system. The touchpad can also be separated from that piece by removing three more screws. We designed the C202 Chromebook to be as modular as possible, so that individual components can be replaced independently of one another. Technicians can avoid having to swap out perfectly good parts, making repairs more efficient and cost-effective. You know the saying: if it ain’t broke…

Removing the input module gives us an unobstructed view of the guts of the system. The next step is extracting the thermal plate in the upper right corner. Part of the C202’s passive cooling design, this piece helps the machine run it complete silence—and without any moving parts. There’s no need to worry about fans degrading or becoming noisier over time.

The ribbon cable for the I/O daughter card needs to be detached before the thermal plate is taken out. After that, you can remove the four screws holding the plate in place.

The next component to come out is the battery. With 28Wh on tap, it delivers 10 hours of battery life in Chromium’s power_LoadTest. A single charge gives the C202 enough juice to get through an entire school day.

To remove the battery, simply detach the cable connecting it to the motherboard, then unscrew the six Phillips heads anchoring it to the chassis.

The C202 Chromebook’s modular design splits the motherboard in two; the main board sits on the left, while a smaller I/O daughter card resides on the right. The daughter card contains the power jack along with one of the two USB 3.0 ports. Students often trip over power cords, resulting in damage to the associated jack, so we put the power connector on a separate module to facilitate easy replacement.

In addition to making the power jack easier to replace, we made it harder to damage. The portals in the chassis are reinforced to absorb the lateral forces generated by cords tugged at awkward angles.

Maintaining the modular theme, the wireless card is a separate piece. It pops out easily after removing a single screw and detaching the leads for the 2×2 antenna. The dual-band module supports the latest 802.11ac standard, ensuring fast connectivity without any cable clutter. Support for Bluetooth 4.2 is also included, letting you connect wireless peripherals with ease.

Removing the motherboard is similarly straightforward, just with a few more steps. Six screws hold the board in place, and the display and speaker cables need to be detached before it can be lifted from the shell.

The brains of the C202 Chromebook houses an Intel Celeron N3060 processor with dual Braswell cores clocked up to 2.48GHz. The chip has enough punch to deliver a good experience in ChromeOS, especially when paired with 4GB of RAM. A configuration with 2GB of memory is also available.

Both models integrate 16GB of solid-state storage that can tolerate much rougher handling than traditional hard drives. That’s plenty of capacity for the cloud-based operating system, and the integrated SD slot allows more storage to be added in seconds.

The memory card slot lives on the left side of the chassis along with the second USB port and the analog audio jack. An HDMI output is included, as well, letting the C202 power projectors, televisions, and auxiliary displays with a single cable.

At this point, the C202 Chromebook’s dual speakers pop out without any tools. Separating the screen from the chassis is no more complicated than removing a few screws from the hinge.

The hinge runs almost the full width of the frame, making it more resistant to twisting forces. It also has 180° of freedom, allowing the C202 to lie completely flat. The extended tilt range prevents damage from the screen being pushed back too far. And students can collaborate more easily when the system is flattened out.

While the C202 Chromebook’s ability to survive falls, spills, and rough handling is certainly impressive, the ease with which it can be taken apart is arguably more important. The entire machine can be torn down over recess using only standard tools, and the modular design ensures only components that are actually damaged need to be replaced. Those attributes make the C202 simpler to service and cheaper to maintain over the long run, a perfect combination for schools. 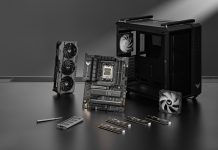 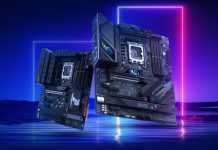 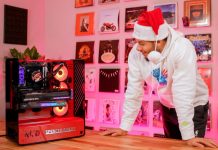 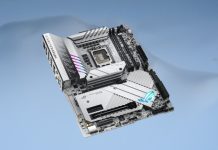 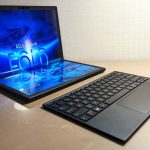