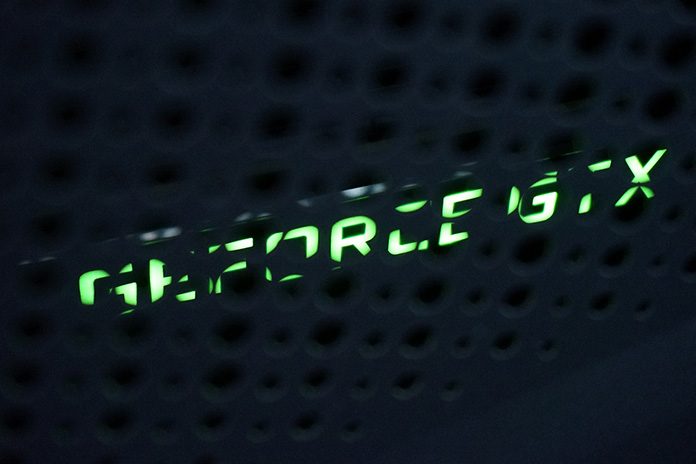 If you want to get into PC gaming, it doesn’t get much simpler than the ASUS G11CD. This gaming desktop debuted in late 2015 as a full package capable of running every game on the market with very respectable performance. Now, thanks to the addition of NVIDIA’s GeForce GTX 1080, the updated G11 earns its namesake and turns gaming performance up to 11.

With up to a GeForce GTX 980, the G11 of yesteryear was no slouch. Incorporating newer Pascal-based graphics transforms the machine into a powerhouse that pushes the limits for not only 4K and high-refresh gaming, but also VR.

If you’re lucky enough to have a 4K display with an Ultra HD native resolution of 3840×2160 (or better), then you know there’s a very short list of GPUs that can push that many pixels at acceptable speeds. The GeForce GTX 980 can definitely handle 4K, but not without compromise; you need to lower the visual settings to maintain buttery frame rates. The GTX 1080 easily achieves smooth performance with graphical settings maxed out in all but the most demanding titles, allowing gamers to play without compromise.

We used our ROG Swift PG27AQ monitor to test the G11’s performance with 4K gaming. Like the GTX 1080, it supports NVIDIA’s G-Sync technology, a relatively new feature that allows the graphics card to dictate when new frames are drawn on the screen. Displays usually refresh at a fixed rate, regardless of system performance, which can produce noticeable stuttering and visual tears in the graphics. G-Sync keeps the GPU and monitor in sync to eliminate these artifacts, resulting in a smoother and more accurate picture. Once you experience a fast-paced action game with G-Sync, you won’t want to go back to a fixed refresh rate. Check out this Edge Up article on the PG27AQ for more details on how G-Sync works and why it’s vital for 4K gaming.

All the games ran in the equivalent of “ultra” mode, with all the graphical goodies maxed out at the monitor’s native resolution of 3840×2160. We logged individual frame times with Fraps and then converted the data to FPS for easy interpretation. Click the buttons below to switch between the different games.

Frame rates were very playable across the board, and some games exceeded the display’s 60Hz peak refresh rate. With all the settings turned up and G-Sync smoothing out the wrinkles, this was simply the best visual experience I’ve had while gaming.

We also tested with Forza Motorsport 6: Apex Open Beta. It’s based on DirectX 12, so we weren’t able to capture real-world performance data using Fraps. But the game’s built-in performance counter never dipped below 50 FPS, even with the “ultra” graphics setting and a full grid of cars. Running a PC port of an Xbox One title may seem like child’s play, but doing so at higher fidelity and with four times the number of pixels is no mean feat. I played a lot of Forza 6 on the Xbox One until the PC open beta came along, and it’s eye-opening how much better the game looks at 4K. Forza’s environments don’t try to be photorealistic, yet they feel a lot more immersive when you’re driving through a sharper, crisper world. The car models are simply gorgeous, too.

Another way to put the GTX 1080’s graphics muscle to good use is with a gaming monitor that supports extremely high refresh rates. Since 4K monitors are currently limited to 60Hz, we swapped in the ROG Swift PG278Q for its blistering 144Hz peak refresh rate. The display’s 2560×1440 resolution is still reasonably high, its 1-ms response time is extremely quick, and it still supports G-Sync. Where 4K gamers are after the crispest visuals, hardcore and competitive players tend to prefer the smooth feel—and competitive edge—that faster display technologies can provide.

We ran our gaming benchmarks with the same graphical settings as at 4K, except for with Overwatch, where we changed from “epic” to “ultra” to get closer to the monitor’s peak refresh rate.

Reaction times are a matter of life and death in fast-paced shooters like Overwatch, Left 4 Dead 2, and Doom. The G11’s ability to keep up with 144Hz monitors gives you the best shot at survival.

Dropping down to 2560×1440 pushed frame rates into triple digits in most of the titles we tested, making the gameplay even more realistic. The fluidity with which the game world moves around you goes a long way to enhance immersion, which explains why even first-generation VR headsets target 90Hz. While role-playing games may not benefit from extremely high frame rates, competitive gamers locked in a deathmatch can see the action a full frame earlier.

The GeForce GTX 1080 also gives the new G11 new legs in virtual reality. The extra ponies in the bigger-and-badder GPU alone go a long way toward rendering the separate screens for your left and right eyes, particularly for the 90Hz refresh rate of the Oculus Rift and HTC Vive headsets. (Read our recent look at graphics performance in VR to see how the GTX 1080 stacks up.) On top of that, the underlying Pascal architecture brings a family of new technologies that can greatly improve efficiency in VR. Single Pass Stereo allows Pascal GPUs to produce output for both the left and right eyes without having to render two distinct scenes. And since round VR lenses distort the rectangular images produced by the graphics card, causing some of the rendered scene to go unseen—think of it of as cutting down a square peg to fit into a round hole—Lens Matched Shading intelligently adjusts what the GPU renders to decrease overhead and increase throughput. These capabilities use a new Simultaneous Multi-Projection feature that also benefits multi-monitor surround gaming. There’s only one catch: game developers need to implement support.

There should be no doubt in your mind that the GeForce GTX 1080 gives the appropriately named G11CD-DB72-GTX1080 version of the G11 enough power to play the hottest games with maximum details and excellent performance. Like other powerful gaming PCs, this model is also incredibly versatile. Its 6th Generation Intel Core i7 quad-core processor is paired with 16GB of RAM, so you can make quick work of productivity tasks and content creation like photo and video editing. The 512GB SSD provides plenty of speed and space for your favorite games, and those who want to work with large media files will appreciate the two ultra-fast USB 3.1 ports in the back. Built-in 802.11ac Wi-Fi and Bluetooth also give the machine the same wireless connectivity that many expect from laptops but seldom find in desktops. The G11 is quiet, too, idling at just 26db—great for watching movies and for those who leave their computers on 24/7, especially in a dorm room.

Anyone looking for high-end gaming performance in an all-rounder with enough power for multimedia, content creation, and VR should consider the G11CD desktop with GeForce GTX 1080 graphics. It’s available now for $1799.