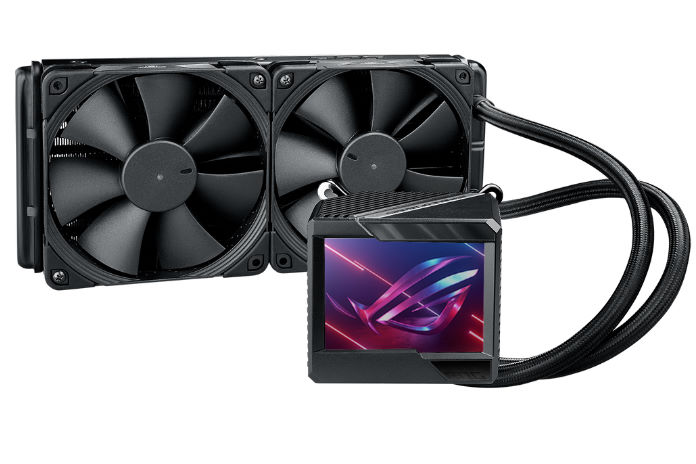 PC enthusiasts who demand high CPU performance, low noise levels, or both often turn to all-in-one (AIO) liquid cooling systems. Thanks to their copious cooling power, these heatsinks can help your CPU sustain higher clock rates over time, letting you access your PC’s peak performance in games, content creation, and other demanding workloads. We’ve recently refreshed all of our AIO coolers with the latest pump technology and fresh styling. From the ROG Ryujin II and its massive customizable LCD to the dependable, understated TUF Gaming LC ARGB, we’ve got AIOs for every build and budget.

Available with 240mm or 360mm radiators, the ROG Ryujin II series stands ready for PC builders who want the utmost performance, style, and convenience. These AIO coolers will stand out behind a transparent case panel thanks to the large 3.5” full-color LCD atop the pump head. This crisp display gives you a broad canvas for custom graphics and vital system specs, and it’s easy to customize and control through our Armoury Crate app. 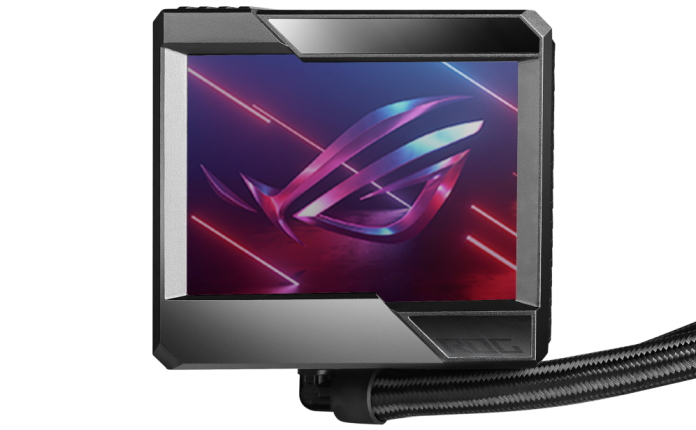 Gamers who want an easy location to keep an eye on their system can have the screen cycle through five key monitoring parameters or display up to four readouts simultaneously. The Ryujin II also comes with a one-year subscription to the full version of AIDA64 Extreme. With one click, users can set up four exclusive skins for real-time system information from this trusted app. To make sure these readouts fit your machine’s aesthetic, you can easily adjust both their background, theme, and text color. 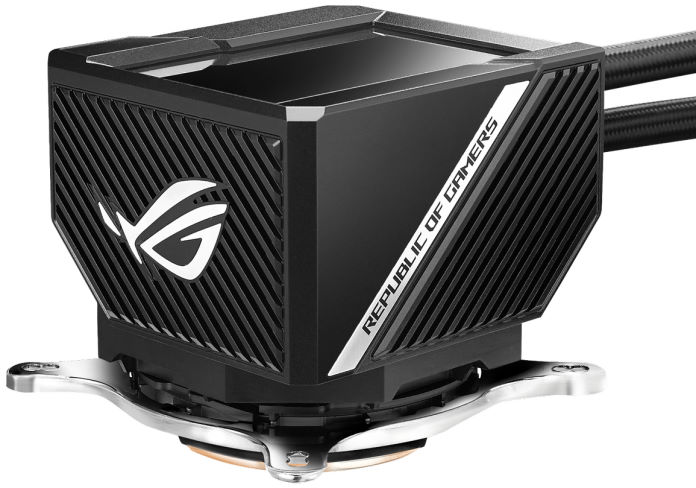 The ROG Ryujin II’s panel isn’t all business. Our upgraded animation software makes it easy to display JPEG images or animated GIFs. Add the perfect logo that ties the theme of your build together, or have the Ryujin II cycle through several. Through Armoury Crate, you can precisely resize your graphics for the panel’s 320×240 resolution and upload up to 16MB of files to the cooler itself. The app also lets you toggle between light, dark, and custom themes so that you can quickly adjust the display to fit the moment. 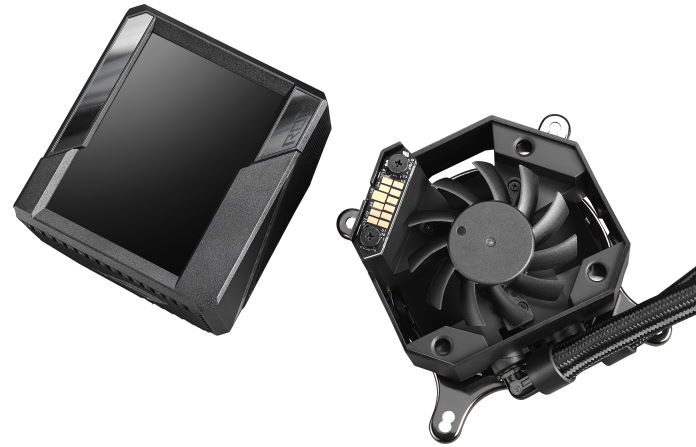 The Ryujin II isn’t just a CPU cooler—it’s part of a broader system that helps coordinate your build’s aesthetic and keep cables tidy. The included ROG AIO Fan Controller manages power delivery to the pump and fans, and it also gives you four extra addressable RGB headers and four fan headers. This controller makes it easier to install your cooler, tidy up cables, and synchronize the RGB LED lighting for a cohesive look.

With the Ryujin II, you’ll have the cooling performance you need to unlock the overclocking potential of the latest AMD and Intel CPUs, and with the unit’s generous six-year warranty, you can count on that performance for years to come. 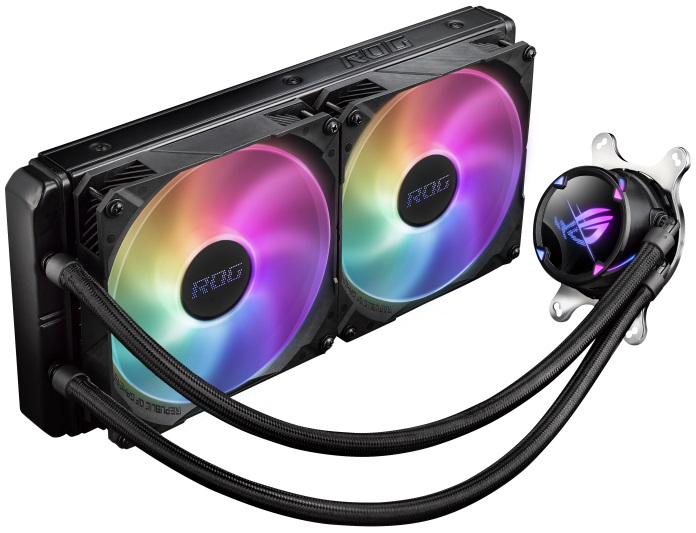 With addressable RGB LEDs surrounding each fan and a customizable RGB LED ROG logo on the pump, these coolers are ready to personalize your PC with vivid color and eye-catching animated effects. A premium NCVM coating on the pump cover finishes off these coolers with an unmistakable metallic luster. We back up the Strix LC II’s good looks with a six-year warranty.

TUF Gaming components made their reputation for their dependable operation, rugged good looks, and accessible prices, and the new TUF Gaming LC ARGB closed-loop liquid coolers carry on that tradition. Backed by a six-year warranty, these heatsinks are ready to bring efficient cooling performance and understated style to your next PC build. 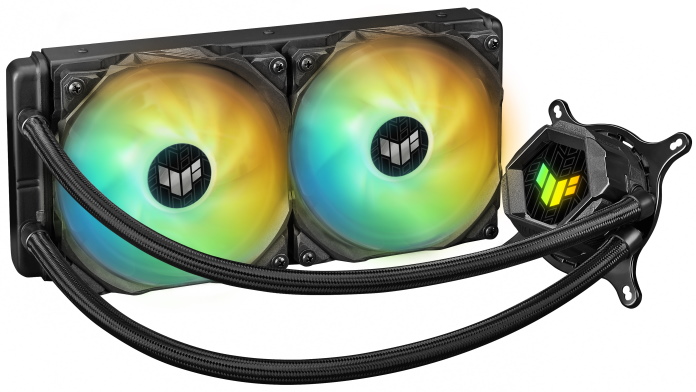 Available with a 120 or a 240mm radiator, the new TUF Gaming liquid coolers will fit on a wide variety of case mounting points. These units are powered by dependable Asetek pumps, and the TUF-designed radiator fans effectively exhaust the heat from your CPU out of the case. The clean lines and subdued finishes of the pump and radiator give the TUF Gaming AIO coolers a no-nonsense look, and the illuminated pump face and addressable RGB LEDs on the radiator fans let you coordinate the look of your build with ASUS Aura Sync.

Get the most out of your build

Primed for exceptional cooling performance and premium styling, our latest ROG Ryujin II, ROG Strix LC II, and TUF Gaming  all-in-one coolers make it easy to reap the advantages of liquid cooling in packages that are as stylish as they are powerful. Contact your local ASUS or ROG representative for more information on pricing and availability.