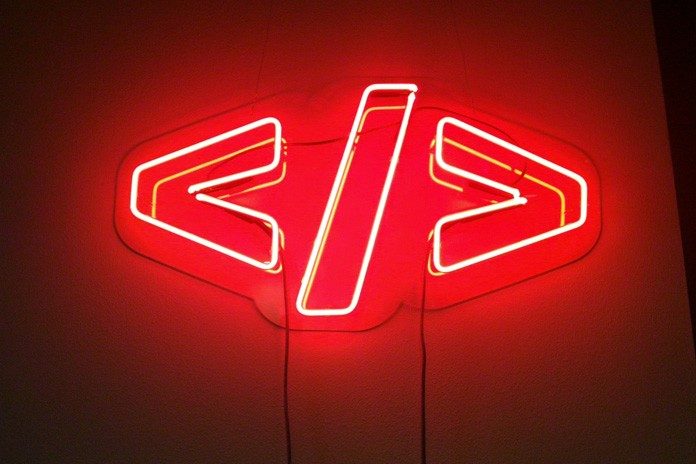 Despite the thunderous clouds and flash flood warnings that we received on our devices, everyone was still in a cheery mood. a few dozen junior high and high school students arrived and I could see the excitement in their eyes. It is absolutely amazing to see that some of the under-privileged schools are getting attention and exposure to technology. IDEAA has plans to continue serving these types of communities, raise awareness, and hopefully build more students’ interests in coding! I wish I had those kinds of opportunities when I was younger!

Today, I got to spend more time hanging out with everyone, talking with them about the ASUS ZenFone 2 Laser. This smartphone hasn’t been released yet, and the feedback has been phenomenal. People are really liking how fast the laser auto-focus works, and we even got to test it against the new Nexus 5x. And it was faster! I can’t spoil the fun yet with the details, but stay tuned…Moving on..

I attended a campfire discussion from the Cyanogen OS team as well as a talk on Material Design. The Cyanogen team asked the audience what they wanted to see in the next iterations of smartphones in both the OS and hardware and reintroduced their idea of implementing “Live Lockscreens”. These live lockscreens would allow developers to create dynamic lockscreens that can interact with the user – think games, motion, etc. In the Material Design talk, the instructor was showing some of the basics and concepts of building apps with Material Design in mind.

Alslo, I wanted to provide some more insight from discussions I had with Jeremy Meiss from XDA and Aiman Farooq, who has been involved with IDEAA and the Big Android BBQ for the past few years. Here’s what they said about being a part of this community.

Can you tell me why the Big Android BBQ is so important to you? Why should people come here?

AF: There are so many developer conferences, but there aren’t really ones for enthusiasts like myself to get in touch with developers and OEMs. It’s a great way to connect with a ton of people and it’s so much fun! Also, from an OEM perspective, it’s a way to connect with their advocates. I believe the conference started out as this online community, but then met up at for a barbecue and it just grew. I think now we have over 1,000 attendees!

JM: Sure. The idea of Android has been about openness. It’s always been something that people can take and build into something of their own whether they are an enthusiast, somebody they want to do something themselves, a developer, someone who wants to do something that other people can use, or company that wants to put it on washing machines. At some point, the community needed something that brought people together, and Android BBQ was very good for that. It’s been great to see how it’s grown and changed over the years, and it’s a good thing!

Should ASUS and other OEMs be here?

JM: Obviously, yes! The more OEMs, the more interaction they have with the community, and the better they will become. It puts them in an interesting position – What are those things, interests that can drive new technology and new devices. When you have people in this environment that probably have at least 5 to 10 people who go to them and ask “Which phone should I get?”, they’re going to answer that question based on their experience. That recommendation is going to get passed on. OEMs need to embrace these types of events with intention and make sure they really want to want to do it. Attendees understand that as a company there are things you can’t talk about, and legally can’t do, but they need to embrace conversation and not go half-assed.

AF: Absolutely, and I’m really glad that ASUS was able to have a presence this year. I think manufacturers should be here to take feedback and it’s a great way to have a conversation with these influencers. These are the people whose friends that are in the market for a phone, come up to them and say, “Hey, what’s a phone you would recommend for me?” Those are the people that are here. If they feel like their opinions matter; that they are being heard, they are more likely to buy and recommend your product. They have valuable insight that OEMs might not be able to see at a high level.

So how many times have you attended and what got you to come out that first time?

AF: So I believe this is my fourth time, and the first time I came was when I was an ASUS Campus Life student rep and I had heard a lot about the barbecue from talking to people on XDA that OEMs come out here and that it’s such a fun time getting to talk to people that I probably wouldn’t otherwise meet face to face. It just seemed like a blast to go to, and so I signed up and went!

The landscape is changing and new competitors are popping up all the time. With a movement toward unlocked SIMs, unlocked bootloaders, lower prices for premium features, what do you think is going to separate the winners from the losers?

JM: I think what separates winners and losers in such a competitive landscape is going to be the power that they give consumers. Having things that aren’t locked down. To be perfectly clear, the modding community is a small percentage of the entire space. But, they have a purchasing power and interest that extends far beyond what the normal consumer has. People talk about their phones all the time – it’s one of the things that they are passionate about and it’s because they are constantly using them. Companies that are in the mid-range have a HUGE opportunity to really impact because they can offer good quality devices that don’t have bloatware. People don’t like bloatware. Adding that stuff is detrimental to privacy of the consumer, and gives them a bad impression about that product. Companies don’t need to ship a product that is stock Android, conversely they also don’t need to fill it up with bloatware. There’s a middle ground, and giving consumers choice to remove software that isn’t core to the system is giving them power. And if you make something people want to use, they’ll keep it on. Companies that really want to hit it, if they can find that niche and give control to the user, and provide value-added services that don’t take their information, and instead give them the power, those are the ones that are going to be successful.

AF: I think better multi-tasking and productivity, maybe like a desktop OS. I think we have all the applications, but they don’t really work together in a seamless, standardized way. Someday, I’d like to have a document and spreadsheet right next to each other and work off each other. I’d love to see that for tablets especially.

What would be your perfect ASUS Android device?

JM: The perfect ASUS phone – Intel is perfectly poised to do well especially after Qualcomm had the debacle with the 810. So, it needs an Intel chip that doesn’t drain the battery like crazy, but is powerful. 4GB of RAM. Storage – the days of 16GB as the base are gone and should die a quick death. 32GB should be the minimum and expandable storage is really important as well. In addition, having the latest Android version; actually committing to doing what’s necessary and embracing the community – meaning, having an unlockable bootloader and a released kernel source, which they are required by copyright law, opens up a realm of possibilities for users to make it better and grow people’s interest.

When a developer likes a phone, they create content, and they gain followers. And when they do that, more people end up buying more phones. And as soon as a developer doesn’t like a phone, and moves to another phone, their loyal followers jump along with them.

What ASUS could really do is make use of this community. When you embrace the community full of your fans, you can easily turn it to your benefit. You don’t have to do little giveaways to gain a following, but actually working with the community, and encouraging the community to be creative by giving kernel source and unlocked bootloaders. Karma is real – and if you do good for the community, it’ll really come back to you, and I would love to see ASUS embrace that.

AF: Hardware, I love the look and finish of the ZenFone 2, but in an aluminum unibody, and a 5.2” OLED display. I think the thinness race needs to die. Chunky is fine! We have devices that are 7mm thin, but they don’t have a battery that can last a day. I would be fine with a thicker device with a big battery that goes over 3,000mAh. I’m a big fan of stock Android, so stock with some small branded enhancements. You can definitely do it, without cartooning the OS up. As for other things, an IR blaster and fingerprint sensor, and a great camera because that is the most important feature people are looking for these days. Lastly, front facing speakers without making the phone too big. And that’s my perfect phone!

These guys had a lot of great responses, and I would agree with many of their points. The Big Android BBQ is an awesome place for people of all ages and backgrounds to come and experience shared passions. If there’s one thing I would take away from my discussions with everyone here, it’d be that ASUS has a huge opportunity to work with the poweruser and enthusiast community. By getting feedback from, and giving support to this audience, ASUS stands to benefit by incorporating these suggestions into hardware and software.

Rained out, but looking forward to next year!

Unfortunately, I wasn’t able to stay for the famously-delicious BBQ and party at the end of the event; thunderstorms tend to ruin a good thing. However, this place is an amazing experience for everyone to learn and have fun. So if you’re interested in learning how to code, or even if you’re a seasoned developer, make your way to the BBQ next year and I hope to see you there!

Huge thanks to the IDEAA team for being such great people to work with and thank you to all the developers and Android fans for being so welcoming! Learn more about IDEAA and visit XDA to get involved with the community!