AMD’s new Ryzen processors are particularly appealing for executing heavy duty workloads, but gaming features and multicolored lighting aren’t the best options for the office, and workstations require a particular set of skills. The Pro WS X570-ACE marries the new CPUs and their PCIe 4.0 connectivity to ECC RAM and management features not normally seen outside of pricey server-grade gear. It’s made to run multiple graphics cards and SSDs for serious content creators, developers, and power users who need a reliable workhorse fit for professional use. 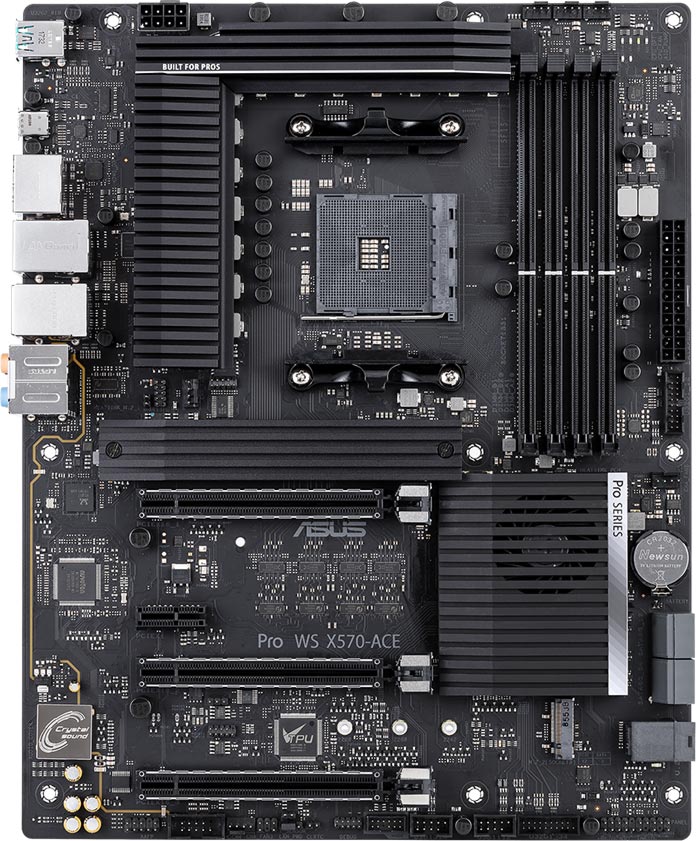 The Pro WS doesn’t care about being RGB-fashionable; its all-black business suit is always en vogue. Stealthy heatsinks flank the CPU socket and help hide a digital VRM with DrMOS power stages. The four memory slots may look unremarkable at first sight, but they support self-correcting ECC DIMMs. Error-correcting memory can automatically detect and fix bit flips caused by outside radiation interference. That’s particularly important for mission-critical systems where a single change in a memory value can result in a misplaced pillar on a CAD project, or in a misbehaving AI that was taught using bad data. This feature isn’t often seen outside of much pricier platforms like data center servers, but the Pro WS puts it within reach.

ECC is only part of the Pro WS’s data-centric arsenal. Each of the three PCIe x16 SafeSlots has loads of bandwidth thanks to the higher clocks of PCIe 4.0. They can run in an x16/x0/x8 config for maximum bandwidth with two cards, or in an x8/x8/x8 arrangement to add a third GPU for more data processing power. The Pro WS is the only ASUS X570 board that can pull this off, making it ideal for training neural networks and deep learning algorithms across multiple number-crunching cards. Deep learning researches and content creators can easily spread the work across more GPUs, as can professionals who tap into the power of these chips in other industries. 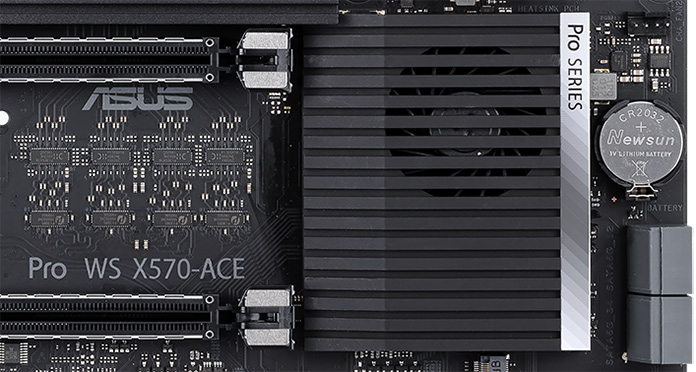 It’s easy to track and update a few computers at home, but managing tens or hundreds in a corporate environment necessitates specialized tools. Along with the Intel Gigabit Ethernet adapter, the Pro WS includes a similar Realtek chip with out-of-band management support so that system administrators can remotely control the BIOS or install and update operating systems and firmware using ASUS Control Center software.

Reliability is critical for a workstation, so this board deploys all our electrical safeguards and improvements: LANGuard-shielded Ethernet ports, high-quality solid capacitors, DRAM overcurrent protection, and safeguards against static electricity discharges. The back panel includes a generous helping of USB ports, including Type-A and Type-C Gen 2 connectors, and the sweet music emanated by the Realtek S1220A audio will make work hours just fly by.

The Pro combines PCIe 4.0 connectivity and data crunching-oriented bandwidth allocation with server-grade features like ECC memory support and out-of-band management, all for a lower price than traditional server and workstation platforms. 3D modelling artists, deep learning architects, and systems administrators worldwide should keep an eye out for further information on pricing and store dates.

The first reflex that hardware aficionados have when coming across a new CPU is to see how fast it’ll run their favorite games, but there’s far more for a Ryzen to do. Many users have serious pursuits in mind and prefer to put their processors to more productive uses. Our Prime series is geared toward businesses, freelancers, and prosumers who value performance and stability before hardcore overclocking and extravagant lighting. Its distinctive look also appeals to enthusiasts who prefer more subdued styling for streamlined builds.

If there’s one motherboard in our X570 lineup that balances every possible take on functionality and aesthetics, it’s the Prime X570-PRO. It ticks all the important checkboxes and wears a unique aesthetic with more universal appeal than gamer-oriented designs. The RGB LED accents in the I/O cover and chipset heatsink emanate a subtle glow, while the heatsinks are brushed with angular lines that match the pattern on the PCB. 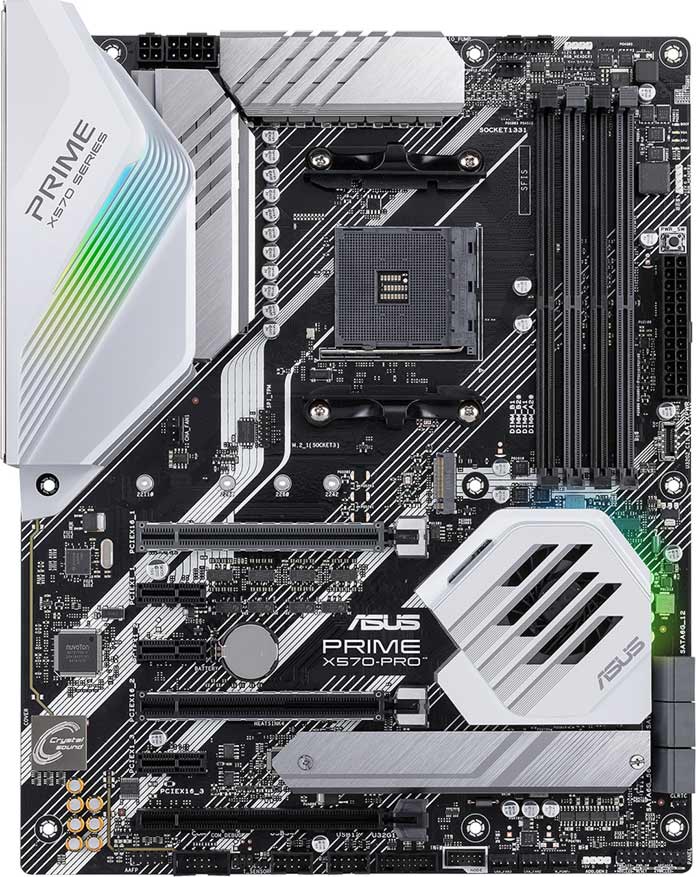 Despite the board’s professional credentials, its specs largely shadow the Strix X570-F Gaming. The main PCIe 4.0 x16 slots can run in an x8/x8 configuration for SLI or CrossFireX, or throw more graphics cards at deep learning and other data crunching. There’s even a third x16 slot with four lanes from the chipset. Dual M.2 slots get PCIe 4.0 connectivity, as well, allowing RAID 0 setups with dizzying speeds for processing 8K video or chewing through gigantic data sets. Around the back, you’ll find eight USB ports including Gen 2 Type-A and Type-C connectors for a collection of peripherals. 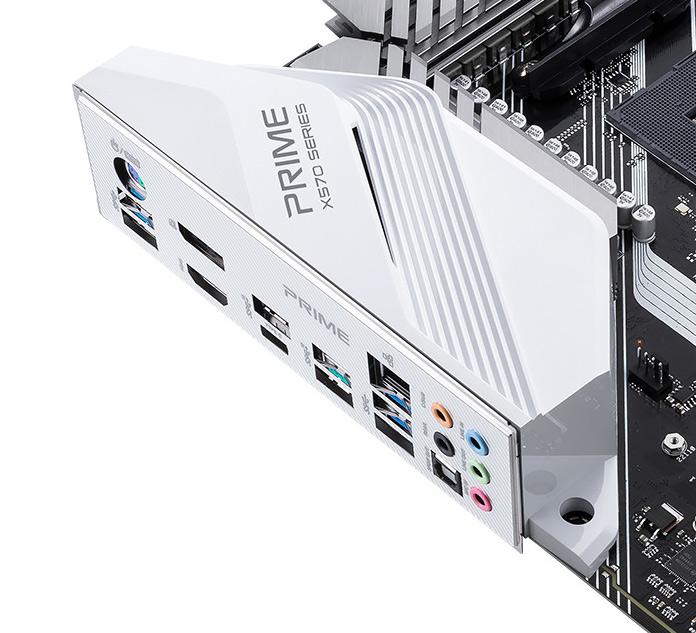 Just because the Prime X570-PRO is a workhorse first and foremost doesn’t mean you can’t adorn it with a few pieces of flair. It has two headers for standard LED strips and one more for addressable RGB gear, complete with support for Aura Sync so you can easily light up compatible components and peripherals for a consistent look. Liquid cooling may usually be the domain of gaming rigs, but the X570-PRO still has separate headers for an AIO cooler and liquid pump alongside its five fan headers. Like with much of our gaming lineup, there’s a Node bidirectional connector for hooking up compatible components and get monitoring information or control signals for motherboard features. 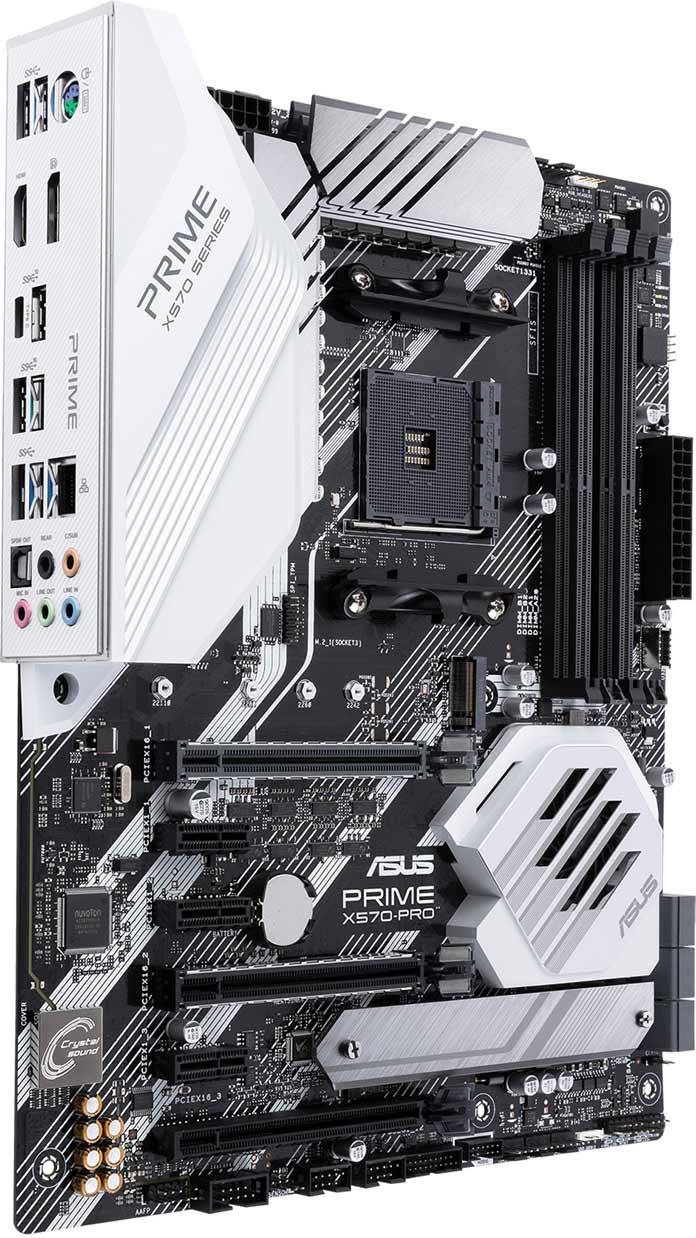 Networking sticks to Gigabit Ethernet because work machines are likely to spend their entire lives tethered to a cable. The Intel I211-AT controller uses TurboLAN to shape traffic and ensure high-priority packets go to the front of the line. A high-end Realtek S1220A codec with Crystal Sound 3 enhancements pumps out clean and pristine sound.

The Prime X570-PRO stands out as a jack-of-all-trades and master of quite a few. Its fully realized feature set fits both prosumers and gamers, and its subdued looks mesh perfectly with any build. Additional info on pricing and store dates will be available soon.

The Prime X570-P gathers the essentials in a simple, affordable, and rock-solid board

Our hearts desire powerful rigs, but not every build requires a motherboard filled with features, nor can every budget account for the premium. That’s why we have the Prime X570-P. The concept is a simple one: signature ASUS quality in a basic, affordable package that trims the fat but keeps the performance. 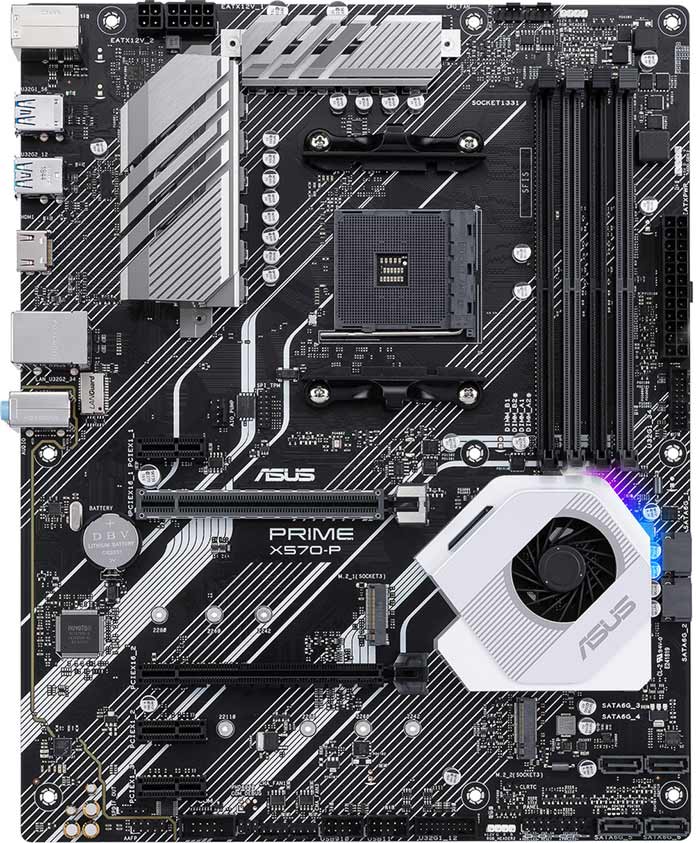 Although the X570-P might be humble, it sure isn’t meek. The board still includes PCIe 4.0 connectivity for its primary x16 SafeSlot and two M.2 slots. While there’s no SLI support, the X570-P works with CrossFireX multi-GPU setups. There are no USB Type-C ports, but budget rigs aren’t likely to need them, and multiple USB 3.2 Gen 2 Type-A connectors are still present for high-speed peripherals. Cooling is well-handled by three four fan headers and an AIO pump header, all managed by the same FanXpert 4 intelligence as the rest of the family. 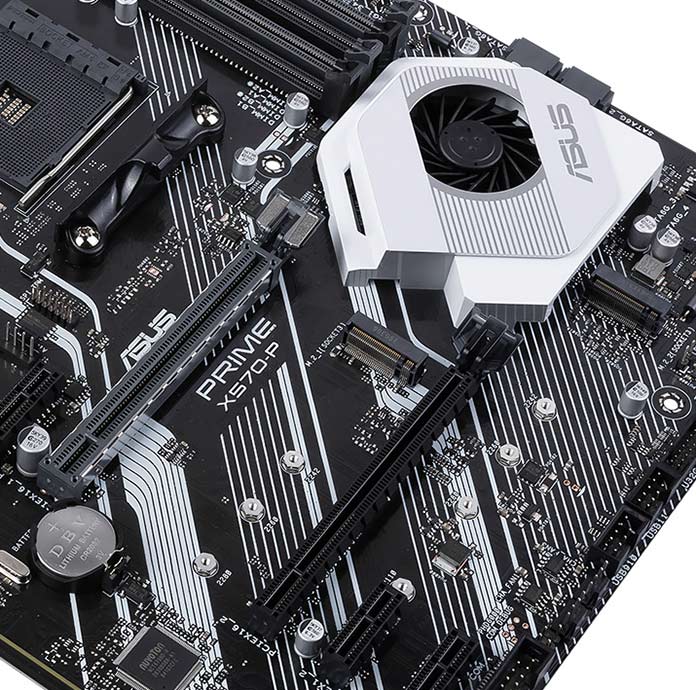 We believe that even the most affordable builds should have a visual identity you can tweak to your tastes, which is why the Prime X570-P comes with headers for standard and addressable RGB strips. It even has a subtle dash of onboard lighting. The white accents and overall aesthetic look good illuminated by any color.

The X570-P is an affordable take on what a X570 motherboard should be, bearing a trimmed-down set of features but still built with the same exacting quality standards as the rest of the family. The release date and pricing will be revealed as general availability draws near. 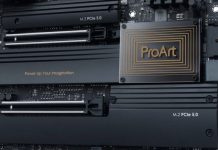 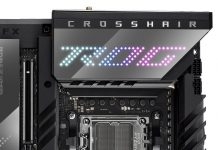 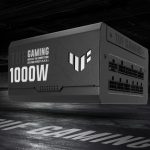 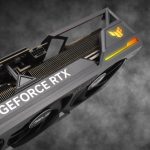 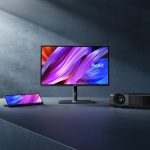