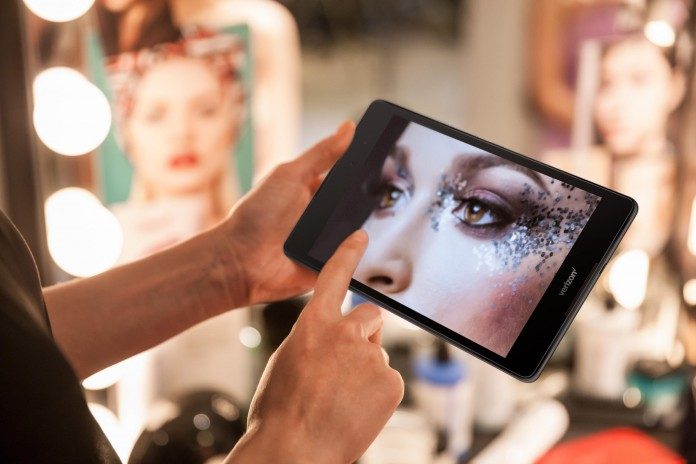 Last week, we announced the ZenPad Z8 for Verizon Wireless. This 8 inch tablet is great for many purposes but one particular thing that we wanted to highlight today is how much of a multimedia powerhouse it is. The ZenPad Z8 has a Qualcomm Snapdragon 650 processor with an Adreno 510 GPU and 2GB of RAM, which means great performance and gorgeous colors at a 2K resolution with IPS.

What this translates to: your videos and images are going to look fantastic.

Movies and Streaming
Because of ASUS’ Tru2Life suite, you’re going to enjoy a lot of interesting features you wouldn’t get with using a phone or a notebook. Something that you will be able to notice almost immediately with Tru2Life is the dramatically enhanced detail and blur-free motions. Everything you watch will have life-like movements rather than blurry, laggy ones. With TruVivid incorporated into the ZenPad Z8 as well, you get a higher optical transparency which allows for bolder, brighter colors. A great show to test the ZenPad’s visual capabilities on would be Daredevil on Netflix (try watching the hallway scene in Season 2, it’s awesome). The dark colors and blacks in the show pop more so they don’t seem muddled, and the fight scenes look absolutely incredible and fluid while watching it on the Z8.

Games
Saying that “games are pretty on the Z8” is kind of an understatement, and doesn’t do this tablet justice. I installed Vainglory on this device and I have to say: it works like a charm. Smooth graphics, easy gameplay, and it’s definitely a step up from having to play on a smartphone. It’s also REALLY comfortable too and easy to direct your character across the screen and use their special attacks. For a game like Vainglory that requires at least 1GB of RAM and a dual-core processor (and, at the very least, an Adreno 225 GPU), the ZenPad exceeds those requirements.

Photography
While having a camera on a phone or tablet is commonplace nowadays, the ZenPad Z8’s 8MP back camera actually has more functions than meets the eye. You can actually change the white balance, the ISO, Focus modes and Metering Modes with the back camera with little to no effort. If you want to up your selfie game or you just really want to capture that perfect Facebook profile pic, the front camera’s “Beautification” feature is awesome for that: instantly clean up blemishes, give yourself a little blush or tighten up your cheeks for a (semi) accurate shot of yourself!

Are there any cool things you’ve noticed by using the ZenPad Z8 or any cool games that you’ve tried out and loved playing on this tablet instead of a different device? Let us know in the comments below!

You can purchase the ZenPad Z8 here from the Verizon Store!