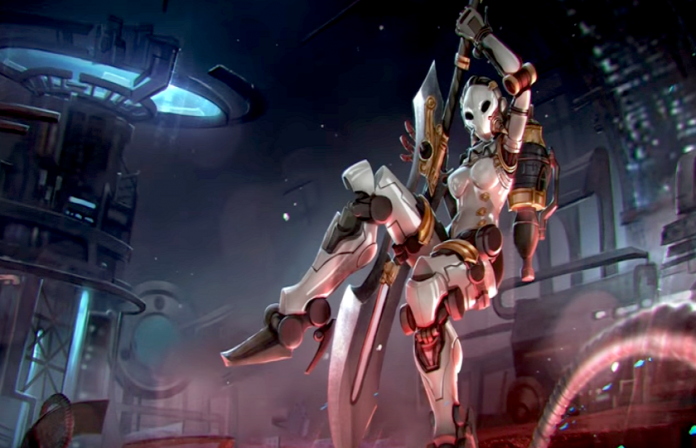 Normally, we would do an “app of the week”, but today, we wanted to go more in-depth with a game that is quickly becoming a powerhouse in the eSports industry that you can play on your ZenPad Z8 or your ZenFone 2. I made a point a couple of months ago in saying that my friends don’t usually have time anymore to sit down and actually play a video game. With some of them pulling 60 hour work weeks and/or having so many obligations outside of work, it’s pretty difficult for them to get into the routine of sitting down, grabbing their mouse and keyboard (or controller) and starting the game. For MOBA’s (mobile online battle arena), particularly League of Legends, you really have to play for long periods of time, learn your character and its role in battle, and coordinate with your team’s strategy to win. It’s definitely one of those games where you really have to dedicate hours and hours to become a great player and to truly know what you’re doing.

Vainglory offers the same experiences as playing League of Legends, but offers mobility and flexibility to play anywhere and at any time with a tablet. With this MOBA, you’re trading your keyboard and mouse for your trusty finger.

Vainglory is a MOBA which is very similar to League in several aspects. You select a hero you have unlocked with either Glory (in-game currency) or ICE (Incredibly Concentrated Evil, the game’s premium currency), join a 3v3 battle, and fight to destroy the other team’s Vaincrystal. Every hero is different in their own way (melee-based, range-based, support, etc), so having a balanced team, especially in Vainglory, is important as you do not have the luxury of 5 players on a team like in League of Legends. The game requires you to act quickly: any delay or hesitation can result in your death in battle or worse, a Defeat. You really do not have time to catch your breath because you are constantly maneuvering your character, using their abilities or navigating to the next turret that gets in your way.

What’s amazing about this game is that already, within a two year period, eSports tournaments are being held for it. ESPN Sports is already talking about the Vainglory League Summer Season, and how the prize pool is now worth over $100,000. It’s also making a huge impact with big companies such as Amazon and Twitch, who are some of the Vainglory Leagues’ biggest sponsors. Even before Vainglory was released in the United States and the EU, Southeast Asian territories were holding eSports tournaments for the game. Fans and spectators would watch these teams compete against each other with tablets rather than desktops and monitors.

Could this lead to more game developers creating competitive games to mobile and handheld devices? Anything is possible. With the eSports industry gaining huge amounts of traction, it is only in the best interest now for gaming companies such as SuperEvil Megacorp to take advantage of this rise of mobile eSports.