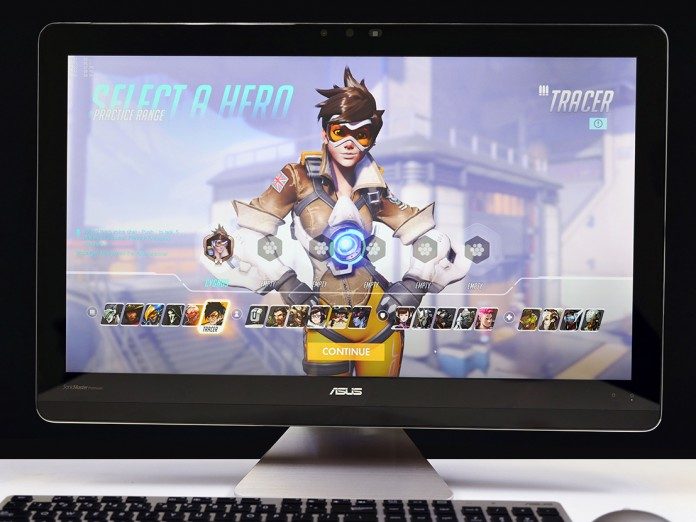 When I was told, “Hey, you should try Overwatch on the Zen AiO Pro”, I’m going to admit, I was pretty skeptical. Coming from someone who plays many of her video games on a desktop, I was kind of hesitant to play Overwatch on literally what seemed to look like just a monitor being held by some prongs. But surprisingly, I was dead wrong in assuming that the ZenAiO Pro was just a fancy piece of hardware: It’s a mini powerhouse. 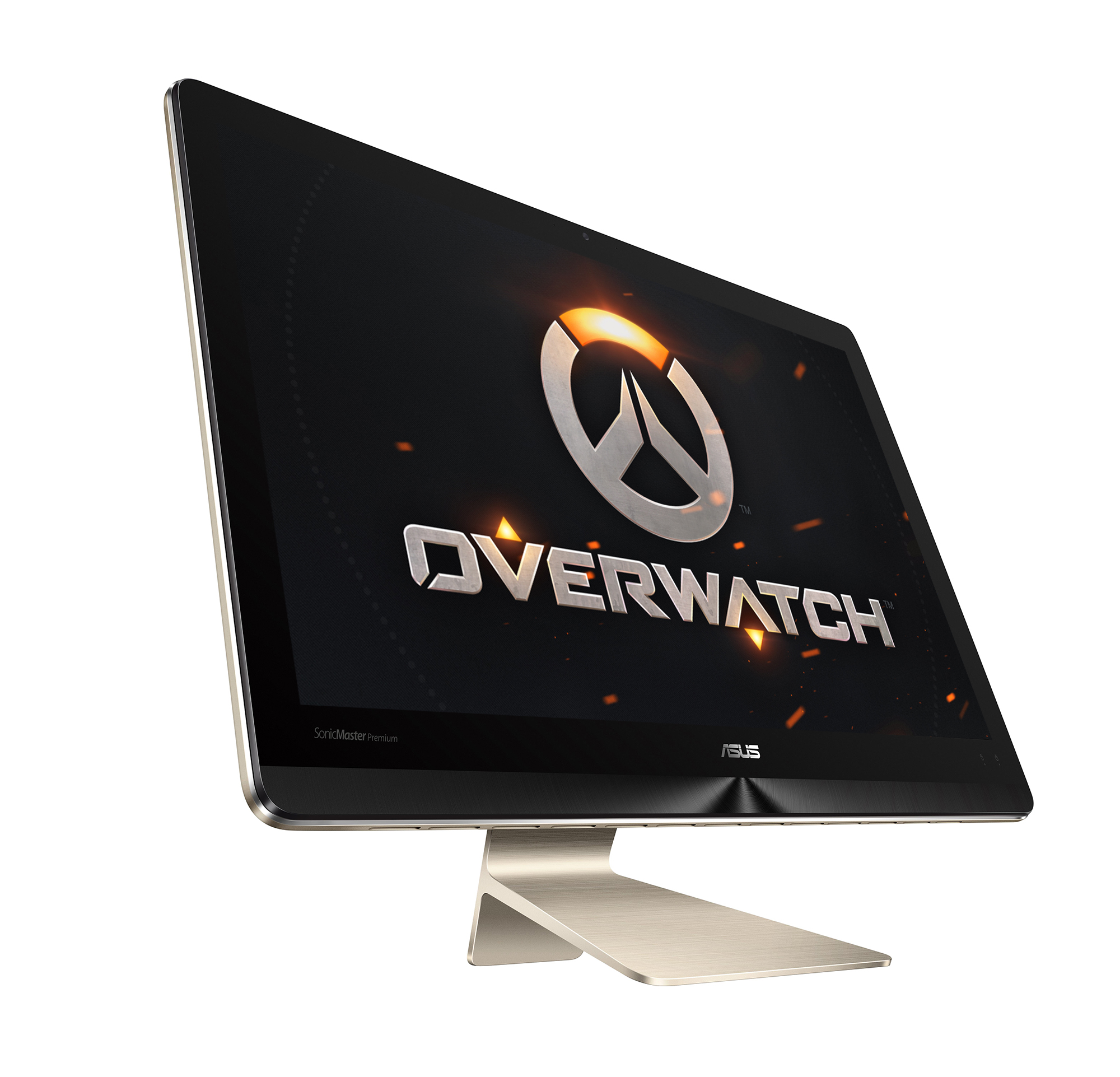 Let’s get this out of the way: the minimum requirements for Overwatch are an NVIDIA GeForce GTX 460 graphics card or Intel HD 4400 graphics, an Intel Core i3 and at least 4 GB of RAM. Of course, you would also need to be running Windows 7, 8, or 10 as well. The ZenAiO Pro comes equipped with a NVIDIA GeForce GTX 960M and a Core i5 which differentiates itself from using a notebook or a desktop that has just the minimum specs to make the game run. Additionally, this all-in-one includes 16 GB of RAM, a 1TB HDD and a 512GB SSD.

Playing on the suggested optimal settings had the game running without any intermittent problems. I had no complaints when rushing through with Tracer on the map despite killing myself with my own Pulse Bomb and then getting shot and killed within 2 seconds. Regardless, I was still having a lot of fun with almost no lag, even when you had about 8 characters on screen in the same area at once. The stock keyboard and the mouse are also pretty good, considering it’s wireless. I played three to four rounds with no obvious lag and even at a 74% render scale (the scale settings set to “automatic”), I had no questionable graphic problems and kept itself in the 60 FPS range, even with the amount of chaos that was on screen. Never did I see the FPS dip to 30 or lower. 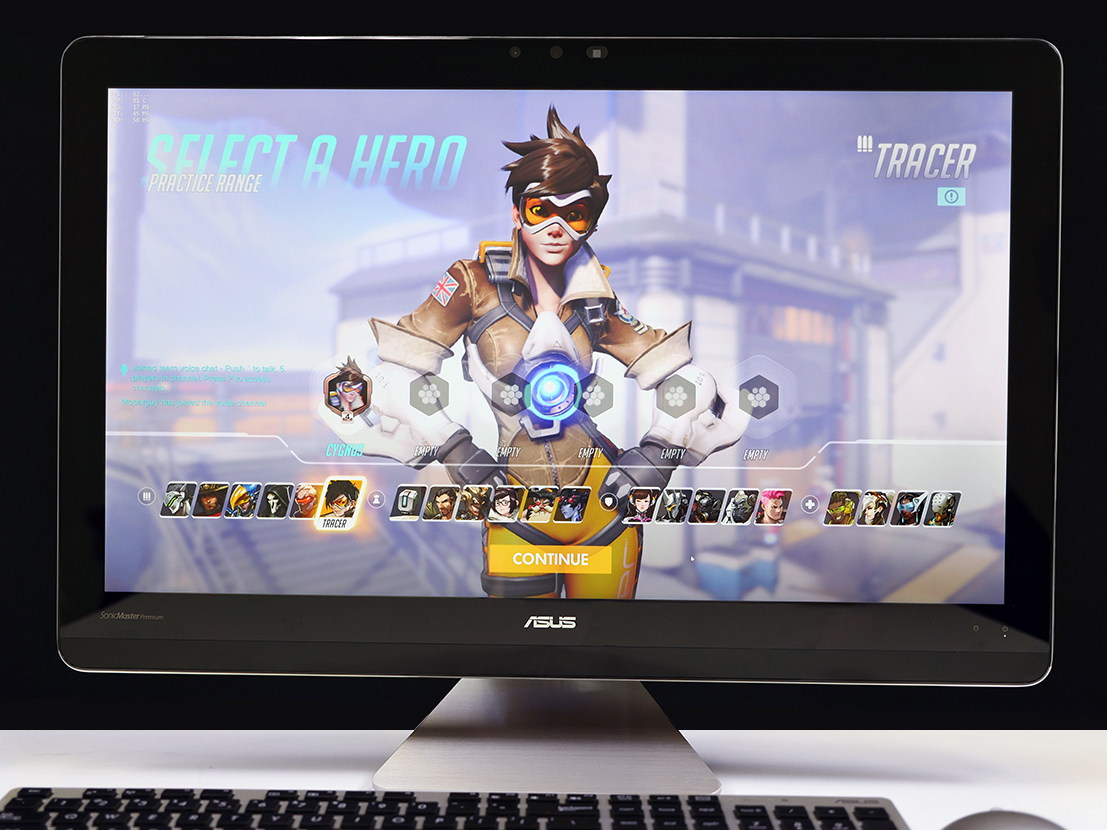 The screen is absolutely gorgeous. The Zen AiO Pro’s screen supports Ultra HD 3840 x 2160 resolution with IPS, meaning true color no matter what angle you’re at. You could literally plant yourself in front of the screen for hours, watching Tracer wink at you while you’re waiting for your battle to start (and then proceed to wink at her back). During gameplay, you will not find any muted or distorted coloring: everything stays consistently vivid even during massive shootouts.

So what can I say about the Zen AiO Pro? It’s a beautiful piece of hardware that delivers a beautiful experience with game play, breathtaking color and great processing power. Hopefully, it will quell my need for Overwatch for a very long time.